Challenging the Reasonableness and Necessity of Medical Bills

Erica Spurlock focuses her litigation practice in the areas of automobile, commercial trucking, and other personal injury, wrongful death, and general liability defense. 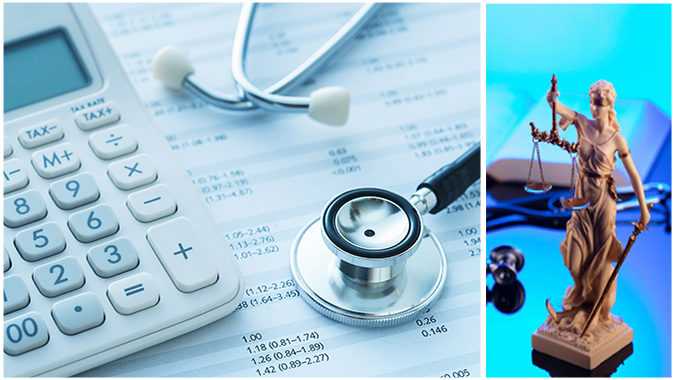 Damages for personal injury cases revolve in large part on the medical bills associated with the treatment. When injured by the fault of another, the injured person is “entitled to recover damages for past or prospective… reasonable medical and other expenses.” Restatement (Second) of Torts § 924 (emphasis added). Generally speaking, the higher the medical bills are, the higher the demand and the greater risk for a high award. The process for challenging these medical bills is a question of state law and varies greatly throughout the nation. This seminar will cover some of the minority and majority rules on the following topics but will also discuss practical ways to challenge and dispute the medical billing.


Erica Spurlock focuses her litigation practice in the areas of automobile, commercial trucking, and other personal injury, wrongful death, and general liability defense. Additionally, Erica represents healthcare providers involved in mental health cases, overseeing Court Ordered Treatment Plans, and other Title 36 matters. Erica was a summer law clerk for Jones, Skelton & Hochuli and has practiced with the firm since she was licensed in 2015. In her practice, she has obtained favorable outcomes for many of her clients through motion practice, settlement negotiations, arbitrations, and trials in state and federal court.

Outside of the office, Erica enjoys cheering for the Green Bay Packers, doting on her dogs, and expanding her culinary abilities with her husband and stepson. Erica also coaches girls’ basketball teams, speaks conversational French and was a member of Tufts University’s Alpine Ski Team, racing slalom and giant slalom.