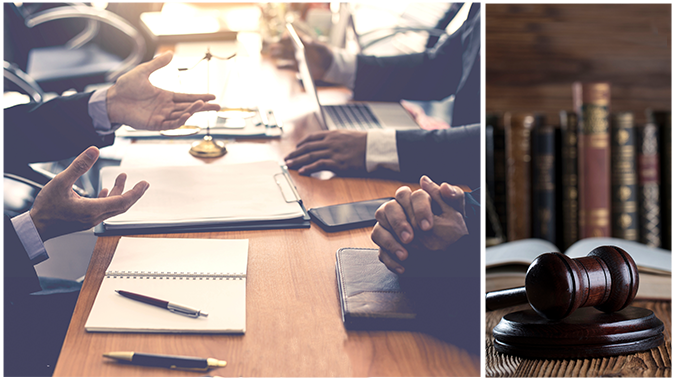 Session I – Tackling Voluminous Deposition Notices and Preparing a Corporate Representative for a 30(B)(6) Deposition – Alexandra Kim, and Jason Balich

Once you pare down the scope of the notice, there exists an affirmative requirement under Rule 30(b)(6) that the company prepare one or more corporate representatives to testify regarding the topics noticed. But preparation takes valuable time and money. In the second hour, we will discuss how much preparation meets the requirement generally and will highlight a few real-world examples to answer common questions about how much preparation is enough.

A deposition is one of the most powerful tools we have for obtaining information in a lawsuit, and perhaps your first (and only) time to speak with the opposing party, assess their credibility, and evaluate the dispute that brought you together. Unfortunately, some attorneys use the deposition as an opportunity to be aggressive, hostile, and uncivil.

“Depositions: Handling Difficult Deponents and Opponents” is an advanced course on how to deal with difficult witnesses and opposing counsel in depositions. Difficult witnesses can include not only adverse and third party witnesses, but also your own witnesses, whose deposition testimony may be even more important, since it can introduced at trial against you. You will learn how to prepare and conduct your own questioning, and also prepare your witnesses for their depositions. The course will cover how to question both lay and expert witnesses so as to put you in the best position to get a favorable result in trial or settlement.

The Rules of Professional Conduct of every state govern all of our actions as attorneys, including conduct during depositions. In addition to our duties to a client, attorneys also have ethical duties related to witnesses, and the process of a deposition overall.

Jason Balich is a trial and appellate lawyer who protects clients’ technology and defends their freedom to use it. Jason’s experience includes successfully defending multiple patent owners—from manufacturers to public universities—facing inter partes review challenges at the Patent Trial and Appeal Board (PTAB) where the PTAB denied institution. He also focuses his practice on trade secrets. For instance, he has represented a plaintiff seeking to protect its trade secrets and a patent owner looking to stop a competitor’s infringement. In addition, Jason regularly represents defendants in patent and commercial litigation, including Hatch-Waxman ANDA litigation, before district courts and at the International Trade Commission.

Jason’s counseling and litigation experience spans a diverse set of industries including pharmaceuticals, biotechnology, medical devices, data storage media, electro-hydraulic devices, military equipment, and consumer electronics. Jason studied engineering at Princeton and is the co-inventor of four US patents as a product development engineer for 3M.

Alexandra Kim is a patent litigation attorney with experience representing clients in cases before the International Trade Commission, PTAB, and district court. Alex’s legal experience includes researching complex legal issues and writing memorandums, including motions and patent opinions on patent invalidity and noninfringement. Alex studied biology at Wellesley College and received a M.S. in Biomedical Sciences from Tufts University School of Medicine. She has co-authored several scientific publications, and has also co-authored eight legal publications, including a law review article on patent-agent privilege for which she placed third in the 2020 IDEA Student IP Writing Competition.

Dan Shulman has been a practicing trial lawyer for more than 50 years. In 2020, after 50 years of private firm practice, he became a Staff Attorney for the American Civil Liberties Union of Minnesota and took a position as Of Counsel with his son’s Minneapolis law firm Shulman & Buske PLLC. He specializes in complex commercial and civil rights litigation. He was admitted to practice in Minnesota in 1970 and has tried lawsuits in state and federal courts in Minnesota and numerous other states. He is a member of the International Academy of Trial Lawyers and the American College of Trial Lawyers.

He is also a Fellow Emeritus of the Litigation Counsel of America. He was named a Minnesota Lawyer of the Year for 2012 and 2018.

In 2021-22, he was included in The Best Lawyers in America in the categories of Antitrust Law, Bet-the-Company Litigation, and Commercial Litigation.

Gerald A. Connor is a partner and trial attorney in the Scranton, Pennsylvania, office of Margolis Edelstein, a full service multi-state litigation provider to the insurance industry, major corporations, and governmental entities. Mr. Connor focuses his practice on casualty litigation, ranging from automobile and general liability claims to products liability, construction litigation, bad faith and coverage issues, and workers’ compensation claims. He also has extensive experience in commercial litigation, intellectual property issues, municipal claims, and employment law. Mr. Connor has handled dozens of trials, administrative hearings, and arbitrations to verdict, and is active at the appellate level, in both state and federal court. He is a member of the Lackawanna County Bar Association and the Pennsylvania Bar Association.

Session I – Tackling Voluminous Deposition Notices and Preparing a Corporate Representative for a 30(B)(6) Deposition | 11:00am – 1:10pm