Handling Insurance Settlement Disputes Between Insurers and Policyholders (Including 1hr. of Legal Ethics)

Peter S. Selvin, Chair of ECJ's Insurance Coverage and Recovery Department, is a business trial lawyer with more than 30 years of experience.

Joseph A. Corsmeier is an "AV" rated attorney practicing in Palm Harbor, Florida. 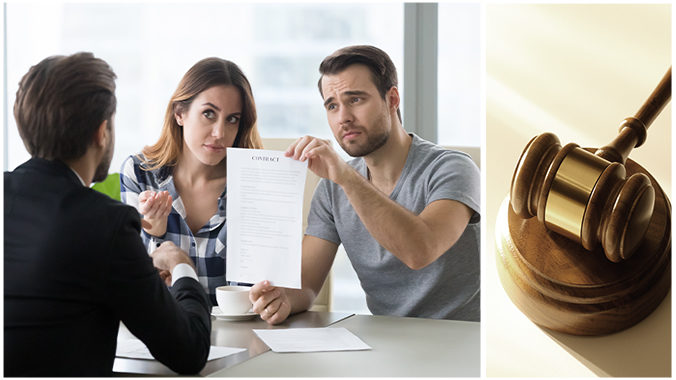 This session will discuss the issues that arise when there is conflict involving settlement decisions. It will go over the options regarding disputes such as inadequate settlement amounts and settlement rejections from either the insurer or the policyholder.

This course will provide critical information and guidance regarding screening of potential clients, identifying potential conflicts of interest, client communication, and client file organization. The course will also provide critical information and guidance regarding conflicts of interest and how to identify and address such conflicts, including simultaneous representation of clients, representing multiple clients, and engaging in business transactions with clients. Attendees will learn about the importance of preserving client confidentiality, including confidentiality in email and other electronic communications and court e-filing. This course will also address ethical considerations and information related to the proper withdrawal/termination of representation, file closing records management, asserting liens on unpaid fees and costs, and proper trust accounting.

Peter S. Selvin, Chair of ECJ’s Insurance Coverage and Recovery Department, is a business trial lawyer with more than 30 years of experience. While he specializes in the areas of insurance coverage and international litigation, his experience has touched many different areas of law, including real estate, intellectual property, and professional liability disputes. Within those areas, Peter’s practice includes both trying cases and counseling clients on how to avoid litigation. Chief among his strengths is his ability to counsel clients and help achieve strategic business solutions.

In 2014 Peter was selected as a member of the Million Dollar Advocates Forum®, an honorary trial lawyers association whose members have won million and multi-million dollar verdicts.

Peter has been published in numerous business and legal publications, including the International Financial Law Review, Executive Counsel, Risk & Insurance and Global Counsel. His publications have appeared in professional publications in the UK, Germany, France, Mexico, and Japan, among other countries. He also frequently authors insurance industry updates for ECJ’s California Insurance Law Commentary blog.

Joseph A. Corsmeier is an “AV” rated attorney practicing in Palm Harbor, Florida. He concentrates his practice primarily in the areas of defense of attorney disciplinary matters before The Florida Bar, attorney admission matters before the Florida Board of Bar Examiners, and professional license and disciplinary matters before the Boards of the State of Florida. He provides expert analysis and opinion on conflict of interest and other attorney disqualification and legal malpractice issues, and he has testified as an expert in both the federal and Florida courts.

Mr. Corsmeier served as an Assistant State Attorney in the Sixth Judicial Circuit from 1986 to 1990 where he prosecuted felonies exclusively from June 1987, and as Bar Counsel for The Florida Bar’s Department of Lawyer Regulation from 1990 to 1998. He also represents police officers as counsel to the Fraternal Order of Police.

He is the author of numerous articles for many bar publications, he has spoken at numerous local and statewide seminars on various topics, including ethics and professionalism. He was an instructor of paralegal ethics at the Rollins College Tampa campus until it closed in 1996 and he is currently an adjunct professor at St. Petersburg College teaching paralegal ethics. He received his undergraduate degree from Florida State University and his J.D. from Mercer University.